When I received approval for the Google Adsense program back in 2007, I thought I have become a part of the club of the elite bloggers, or at least a part of some select club. And you know what ? For a while, it actually was a select club. Having your blog approved for monetisation with google adsense, did mean something, it meant your blog is good, your content is useful, and your blog’s weight and worth was great. Today, after ten years of monetisation with adsense on several blogs, I made the decision to remove all adsense code from my blogs. Do you want to know why? Then read on. During the 10 years in which I’ve contributed first on forums, and then as a member of the selected publishers platform, more then I care to remember, the Google Adsense ecosystem has steadily decreased in value, in performance, and has gotten worse and worse.

More and more publishers have gotten disgruntled by the less and less clear policies, by the purely politically correct bias agains anyone with a functioning braincell, and against people with more family-oriented, healthy-lifestyle oriented, fitness oriented blogs, and we have reached a tilting point in about august of 2016, when a blog with thousands of useful articles visited by thousand of people daily, and several hundreds of thousands of ad views (ad impressions), was worth in google’s eyes *less* and was earning less, then a blog with less then a hundred pageviews ten years before that.

The reasons for the colossal failure of the adwords/adsense (display ads) ecosystem are many, and I’ve reported some of them countless times, both from the adsense dashboard, via pertinent screenshots and feedback, and on support forums and the selected publishers panel, only to be totally disregarded by the new social justice warrior kids and politically correct people who seem to be taking up more and more space at google, but not actually building anything useful.

From the totally disgusting ads, that are not safe for work and non-family-friendly, to the outright deceitful ads about companies that don’t actually exist and down to sites that fill visitors computers with adware and spyware, no matter what I and my fellow publishers have reported to google many times, they just didn’t think it’s emportant enough to make some changes in the ecosystem.

While the reported bugs have constantly been disregarded (cannot close and disable non-family-safe ads, cannot close and disable deceitful advertisers, stuff like an ad about a cosmetics salon in Russia, appearing in the ad, but when you actually click on the ad, Tarzan’s penis enlargement pills are being touted as the best on the market, etc.), the team(s) at google that have come and probably gone every single year, have implemented so many cosmetic changes, that you can no longer find any meaningful setting in the interface, and no reports have actual meaning to anyone with functioning braincells.

The reports have become less and less transparent, the number of discrepancies between what is reported on one tab, and what is reported on another, about the same ads, the same blogs, the same pages, has constantly increased over the years, while the rate per thousand impression has constantly decreased on blogs with good audience (family friendly), and earnings kept plummeting.

Then to add insult to injury, compare the fact that back in 2007, and the following “good years”, a few hours of blogging was enough to make a decent living from being monetised with adsense, with the fact that today, spending 15..16 hours blogging, checking webmaster tools, analytics, compliance sheets and recommandations, and all sorts of nonsense that I as a blogger shouldn’t even have to bother with, just to make 10% of what I was making 10 years ago with 2…3 hours of work, on one single blog ? And now I’ve got 15 blogs monetised with adsense, and make 10% of what I was making 10 years ago ?

Thanks, but no, thanks!

Google adsense as an ecosystem is dead, and as a monetisation method for serious blogs, is no longer viable. So, today, after 10 years with adsense, I have removed all adsense code, from all of my blogs, and promise myself to never use them again as a monetisation method, until they move away from their current politically correct, but technologically and financially unviable paradigm, into a purely business-oriented, win-win oriented paradigm.

After several thousands of publishers complaining about the fact that google does nothing to improve their ad code, and make a deal with international criminal organisations like the ones that operate adblocker networks,  (yes, those are criminal organisations, read this post to understand a bit more), or at least make a stand against them, google actually started appeasing the idiots who cry against capitalism, and cry against ads, and want everything for free, want sites without ads, want videos without ads, but in the same time want everything in best possible quality, and to appease such idiots, has implemented and applauded adblockers.

Think about it for a minute.. google, who’s biggest revenue is ADS, is touting the idea of adblockers as being a good thing. Now how stupid is that ?! Mind-boggling.

Then several thousands of publishers have complained to google, that the dashboard is becoming less and less useful for us publishers, we simply can’t disable bad players, and forbid bad companies from showing their ads on our sites, blogs, online estates. Did google listen this time ? No, of course not. They put again, as they usually do, lipstick on the pig, and have come up with “nicer interface and smoother reports”. Did that solve any publisher’s problem ? Of course not. But it kept those working on the adsense ecosystem at google, proud, as if they would have accomplished anything meaningful.

Then after several years in which the number of articles on my own blogs, has constantly increased, number of interested visitors increased, number of ad impressions kept increasing, *but interestingly earnings have kept getting lower*, I’ve started reading articles about how political correctness simply destroys the once great company that was google, and how great products have to be dumbed down, so that their codebase will be understood by people who’ve been hired just to fill quotas. I thought at first that these must be just disgruntled, angry employees who have been let down, but then, I’ve read some of the comments left by other former google employees, on said disgruntled ex-googlers’s posts, and I understood. It is today more important for google, to be politically correct, then to be comercially viable. It’s as simple as that.

In other words, google no longer cares about making money with its adwords/adsense display ecosystem. They focus solely on search ads, because they don’t have to share the revenue from that one, with publishers. And the amount of work and “best practices” they ask today of us, publishers, is simply too high, for the measly amount of earnings the display ads produce.

So, after ten years of monetisation with adsense, I have removed all adsense code from my blogs and will be looking for other monetisation possibilities.

Thank you Google Adsense, it was nice while it lasted, but it’s no longer worth it. You should be ashamed of yourself, of what a hypocritical, useless ecosystem you have become. While ads about slimming pills, that could actually help someone loose weight and get a better life, are not allowed to be advertised based on the politically correct bullshit that it might affend a fat person, in the same time, ads that promote penis enlargement pills and totally disgusting stuff like worms coming out of people’s mouths and fungally infected fingers are ok with the almighty Google.

So from now on, no more google adsense.

Do you have any comments on that ? Let the comments pour in. I’m looking forward to your comments. 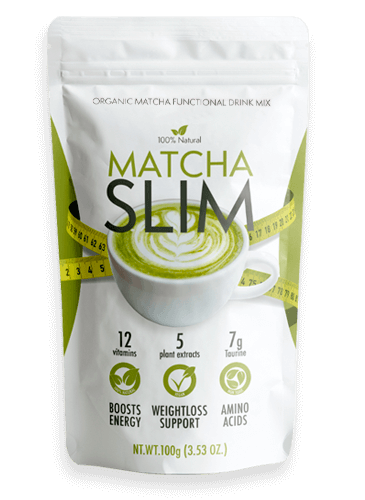